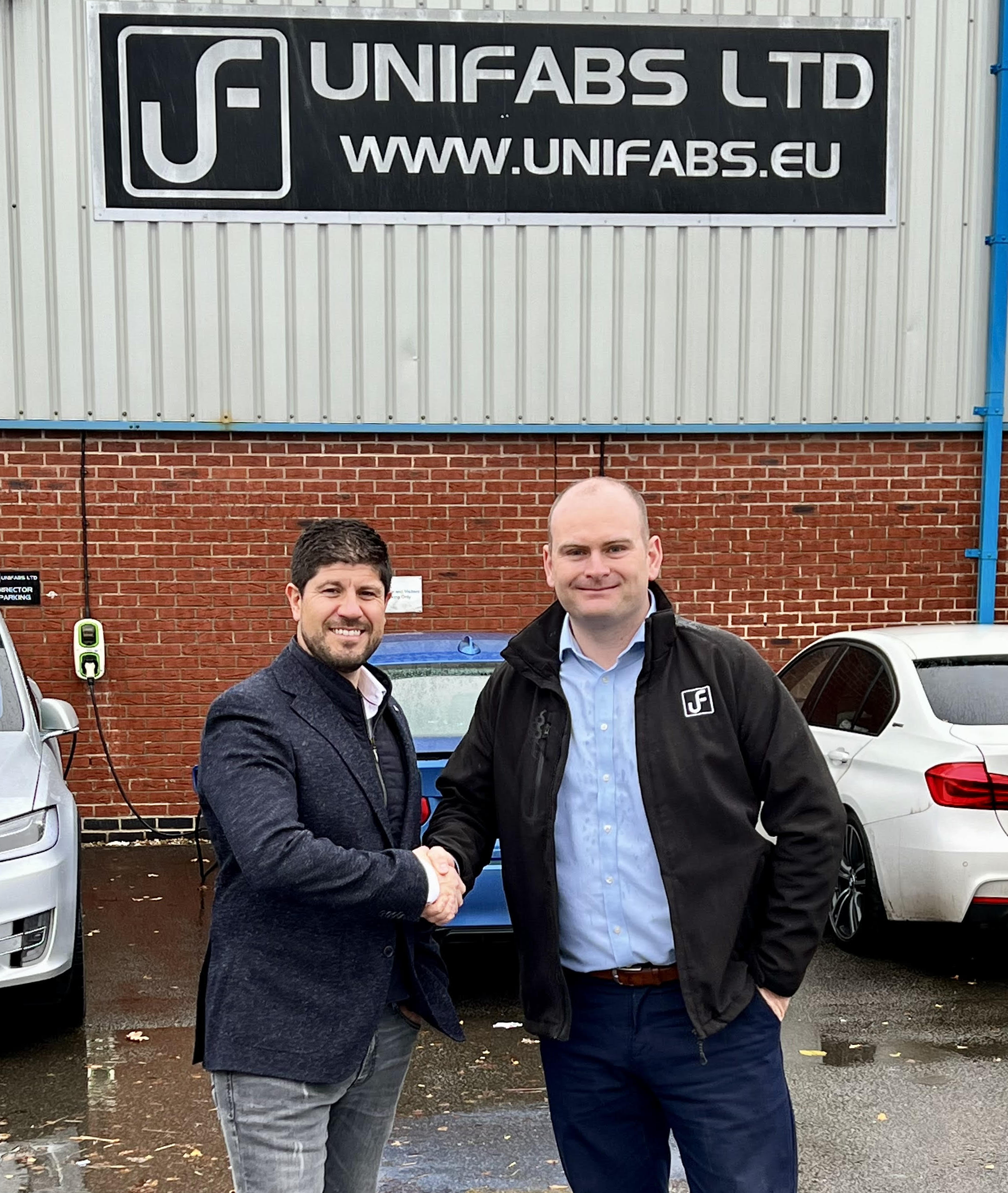 Warwickshire based, sheet metal manufacturing company Unifabs Ltd, today announced the restructuring of the management team. The changes include the promotions of Tom James to Managing Director, and of Jason Austin to Chief Executive.

Jason Austin made the announcement at the manufacturing site today and stated “I am delighted to announce the promotion of Tom James to Managing Director of Unifabs. Over the past ten years, with the hard work and dedication of Tom and the team at Unifabs, we have successfully grown the business to over 120 employees, and a £12M turnover. It’s been an incredible journey, one I’ve been proud to lead, and now the time has come to set out our plan for the next ten years.”

Jason also spoke about how Tom strives for excellence and the effect this has had on the success of the business thus far, saying that  “Since Tom’s promotion to Operations Director in 2011, his diligence, commitment and passion for the business is clear, and his dedication to achieving excellence has been fundamental to our success.”

Jason continued “By becoming Chief Executive and Tom taking on the role of Managing Director, the new structure will enable us to make strategic improvements in all aspects of the business. Not just in the products and services we deliver, but also to the well-being of our staff, and our dedication to training the next generation of engineers,”

Having been with the company since it was established in 2007, Tom was delighted to make the progression from Operations Director to become the Managing Director at Unifabs.

Tom said of his promotion “As a business, we have seen continual growth by partnering with our customers, offering much more than the traditional supplier/customer dynamic. This is the path we will continue on, not only by further developing our manufacturing base to offer the latest in manufacturing technologies, but also by investing in the development of our team, and bringing new talent into the business through the ‘Unifabs Academy’. Thank you to Jason for the opportunities I’ve been given over the past 10 years, and the trust placed in me going forward as the new Managing Director.”

Tom will continue to manage the day to day Operations as he did previously stating that “we have an excellent team in place, and I am confident that in my new role we will continue to take Unifabs from strength to strength”.

Jason stated “It’s an exciting time for Unifabs. We have ambitious plans for the business and we look forward to the future ahead”.